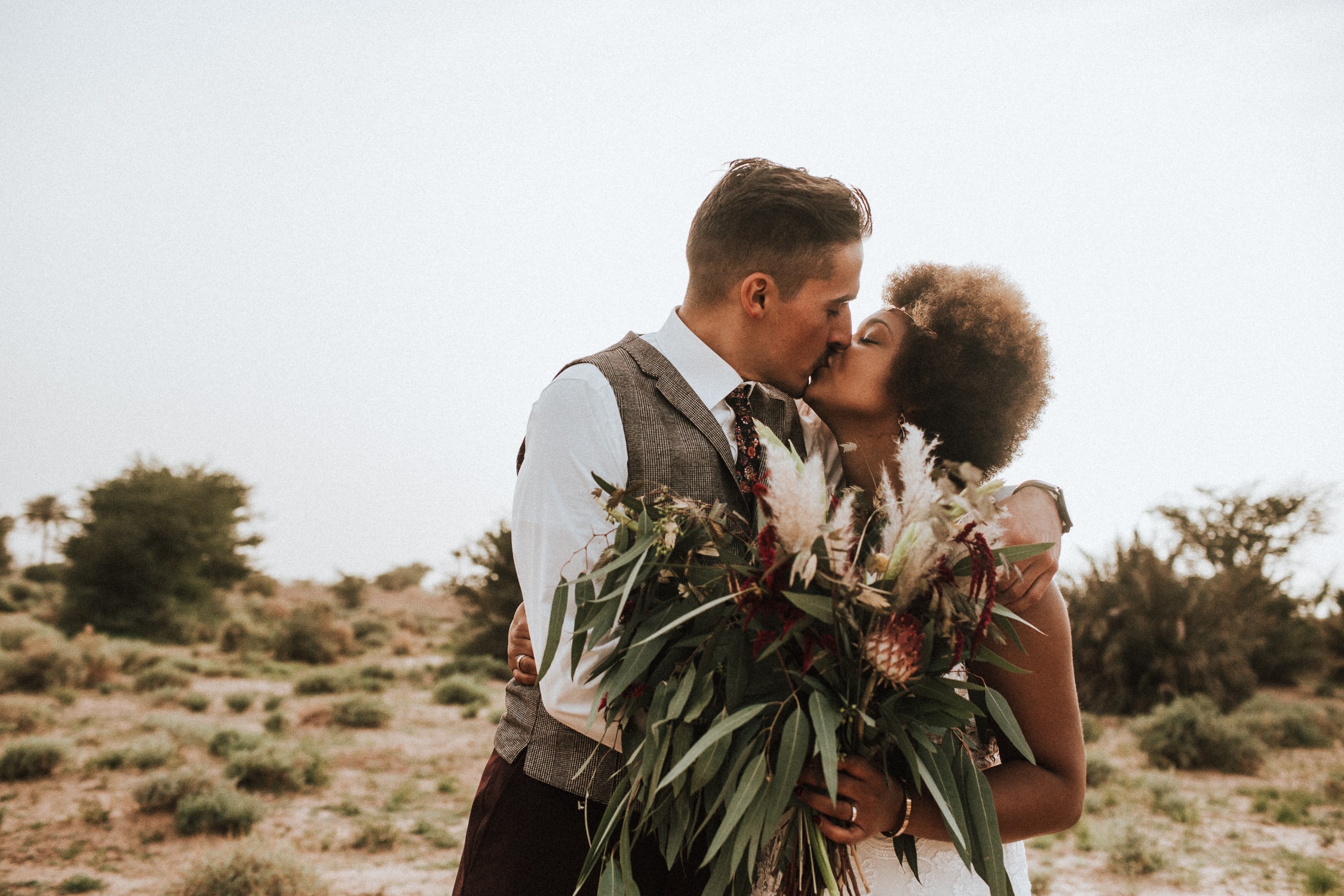 What a joy when we picked up Jea and Justin, also known as the musician duo Soulmates, with our camper at the Marrakech airport. The destination was the Moroccan desert.

You have to know that the two of them already said yes 4 years ago. It was an unforgettable celebration. However, at that time they lacked the intimate romance that is often neglected at such a large wedding party. They wanted to do that in the middle of the Sahara Desert as part of an elopement. It should be an intimate confession of love in private.

So now the four of us sat in our camper with the destination Zagora. This is close to one of the most beautiful dune landscapes in North Africa. Jea is mostly half-West African and very familiar with the climate and vegetation. Without further ado, she put the bridal bouquet herself. She had brought dried flowers (including pampas grass and colored artichokes) from Germany in advance. But the greenery was missing. And as luck would have it, we got lost on the way into the desert and ended up in a small avenue that was lined with eucalyptus trees. That was a stroke of luck for the bridal bouquet!

Jea and Justin have known each other for more than half their lives. The two lovevirds got to know each other at the age of 14 during a joint musical project by the church.
It has always been true love. Justin especially knew straight away that this is the woman of my life. The love of music is the one visible component that binds the two together. Passion and humor, which are far more visible to us these days. It was a feeling of happiness to be able to share the many emotions.

The elopement location was the beautiful Riad Lamane. This is also where the first look took place. Simply magical in the beautiful garden of the complex – between palm trees, wild roses and the earth-colored buildings.

For the wedding vow we drove out into the Moroccan desert. The wind was blowing violently! Behind a bush, the two found a suitable place to put their feelings into words. And it became very, very personal, with tears of happiness flowing abundantly. Even Octavia didn’t leave it unimpressed and she let her tears run free.

For the elopement shoot we went to the Tinfou Dunes. The plan was to go up on the dune and take some great photos at sunset. But the dear sun had completely said goodbye. And instead sent a violent wind storm that blew us all through properly. We took photos anyway and didn’t let the fun take away. A camel was also found quickly, that’s kind of part of being on such a great sand dune.

Back in the elopement location, the table for two was already prepared on the roof terrace. Of course, in the Moroccan style under twinkling lights. It really couldn’t be more romantic. Local food was served from the tagine. And the starry sky left its mark on the dream day.

Dear Lovebirds, we are so grateful that we had this adventure with you! You are two very wonderful and warm-hearted people who have enchanted us with your limitless love and music. Thank you from the heart for your love and for the trust that you have given us. ♥+♥ 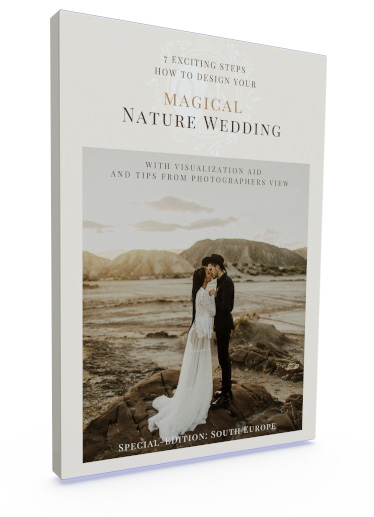